I have two new works that have been selected for ‘Converge 2016′, Visual Arts Scotland’s exhibition in Edinburgh.

‘Greta’s Star’ is a small copper sculpture; ‘Sleeper (Bird’s Egg)’ is larger, steel piece. These are part of an ongoing series of work, the themes of which were developed during a period of research as part of my Gottlieb Foundation Award. These abstract works take inspiration from natural and artificial forms to create new trains of thought based in memory, landscape and movement. A sense of metamorphosis is a key underlying factor.

Visual Arts Scotland is now a leading platform for national and international contemporary fine and applied artists. It offers both emerging and established practitioners the opportunity to showcase their work and reach a wide audience in the heart of Edinburgh in this annual exhibition. Originally an organisation for women artists, VAS has, since the 1980’s, highlighted and promoted fine art practice alongside the applied arts and design. 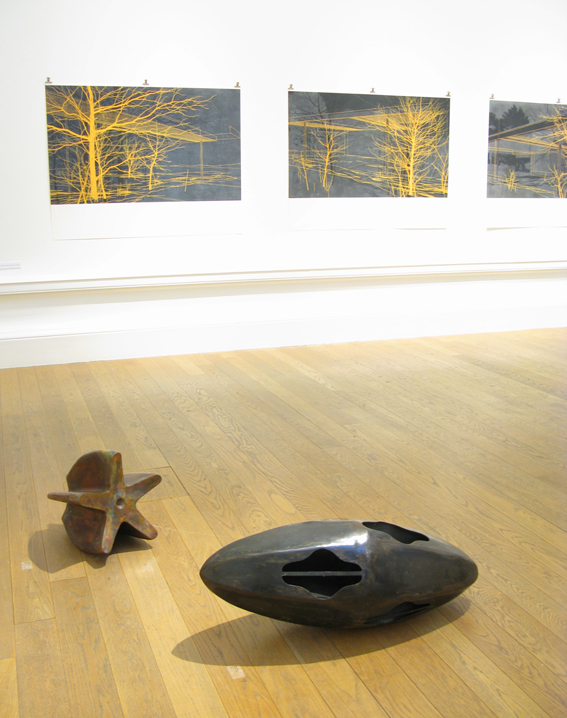 'Greta's Star' and 'Sleeper (Bird's Egg)' with the work of Andrew Mackenzie in the background; Converge 2016, Edinburgh